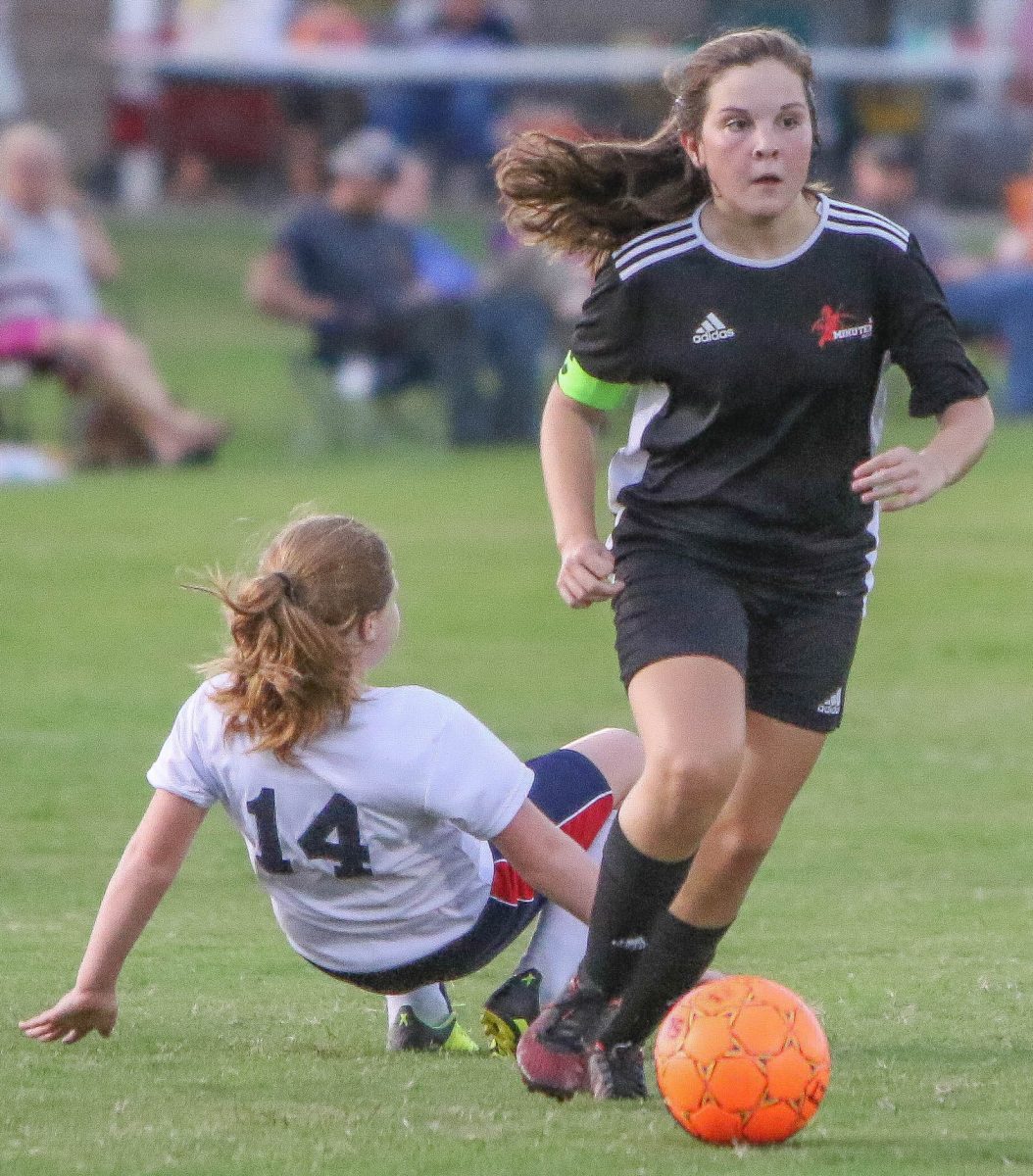 Lexington Middle School Soccer ended their season last Tuesday night, with a non-district friendly against USJ’s jv team. USJ’s varsity team is currently undefeated and poised to win the region championship. The match was good competition and the girls enjoyed playing against their friend and former LMS player, Jacie Lin, after her transfer to USJ this fall. The Lady Minutemen started the first half with some position changes and allowed for every player to have time on the field. Goalkeeper, Zoie Johnson, played center midfield. Defender, Brie Swift, played attacking midfield. Wide defender, Carlee McMinn, played wide attacker. Center midfielder, Emmy Corbitt, played center forward. Left wing, Madison Ozier-Sifuentez, played center back. Right wing, Hadley Corbitt, played goalkeeper. Although it was fun to play out of their normal places and try something new, LMS ended the first half down 2-0.

LMS decided to play the second half by going back to what they knew and finished strong. The Lady Minutemen secured 3 goals in the second half to win the game, 3-2. Two goals were scored by…