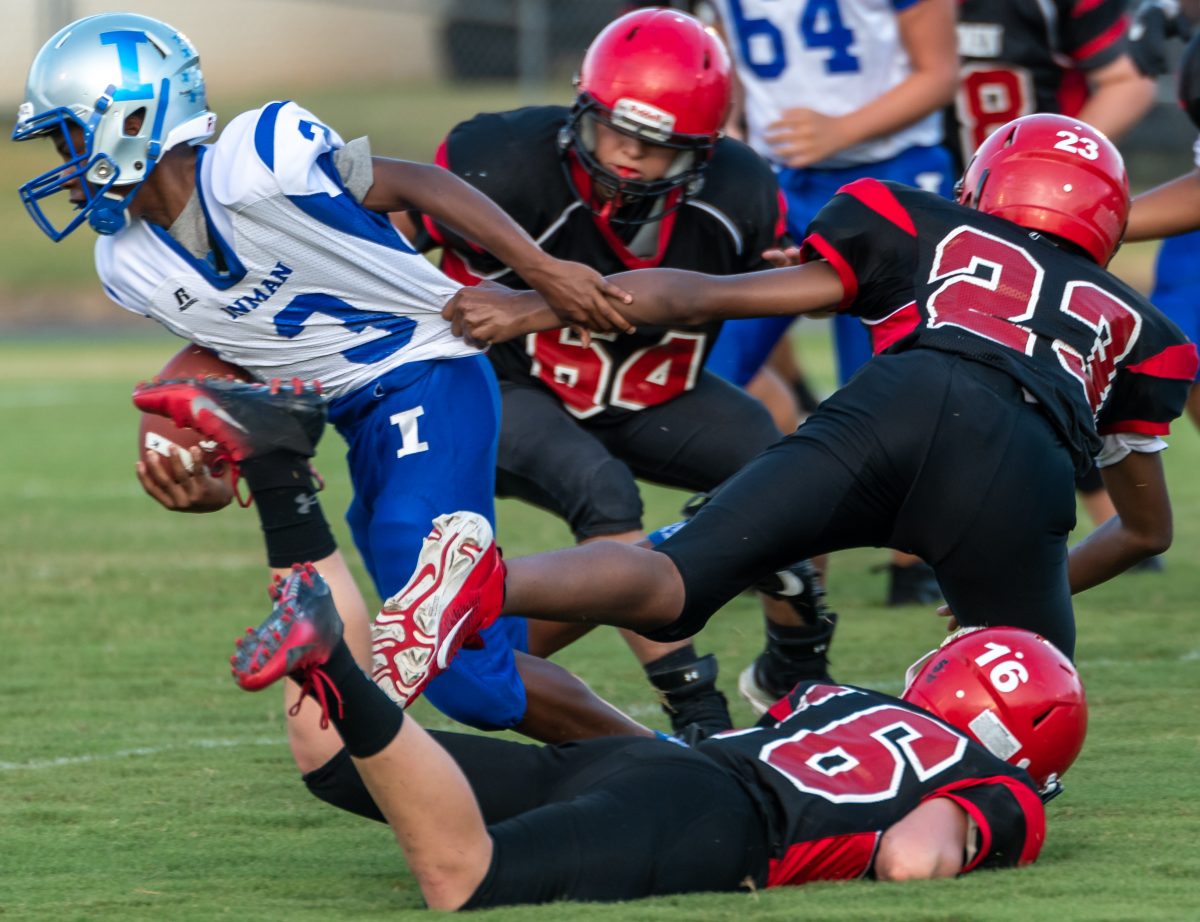 Lexington Middle played host to Paris Inman last Thursday looking to get back on track, but once again faced a very tough opponent and lost, 32-14. Inman received the kickoff and quickly found the end zone taking the early 8-0 lead. The Minutemen’s first play was a pass play that was intercepted and resulted in a turnover. The LMS defense stepped up and was able to hold Inman on a big 4th downplay to get the ball back. Inman returned the favor and forced the Minutemen to punt. This time, Inman was able to…