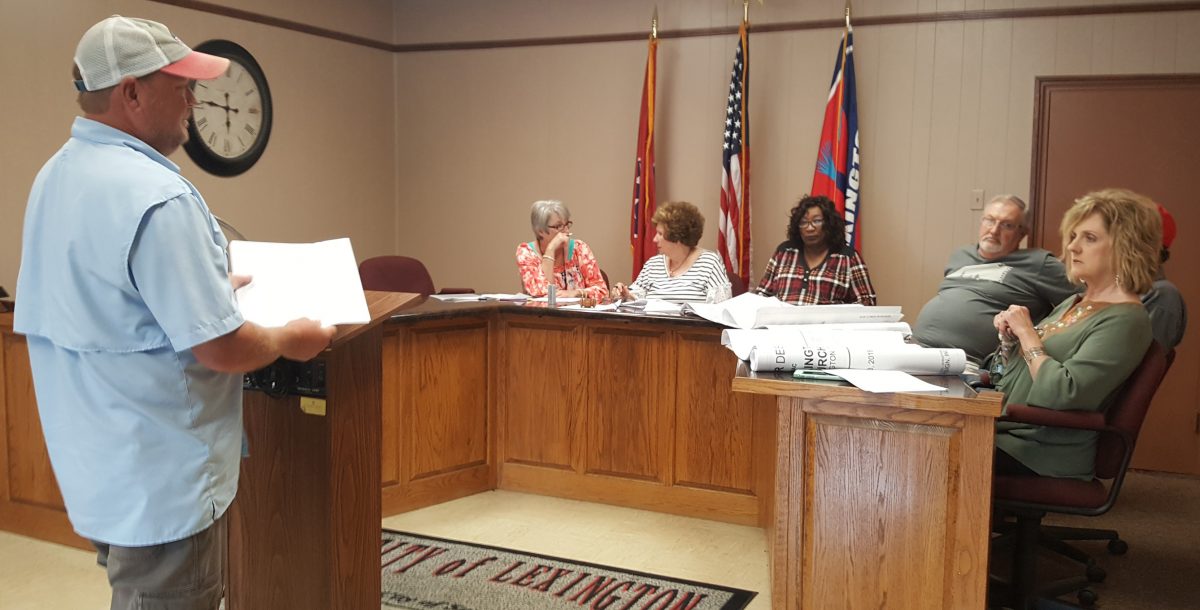 Jason Britt submits an assembly plat request to combine the two lots, across Stanford Avenue from First Baptist Church, into one parcel for the construction of the Mission Action Center.
Photo by: W. Clay Crook / The Lexington Progress

On the agenda first was the proposal to subdivide a lot at 1139 North Broad Street, which contains a residence and a separate outbuilding, both of which have frontage on Oak Street. The proposal by Joseph Shawn Wall was to separate the half acre containing a block building as a…