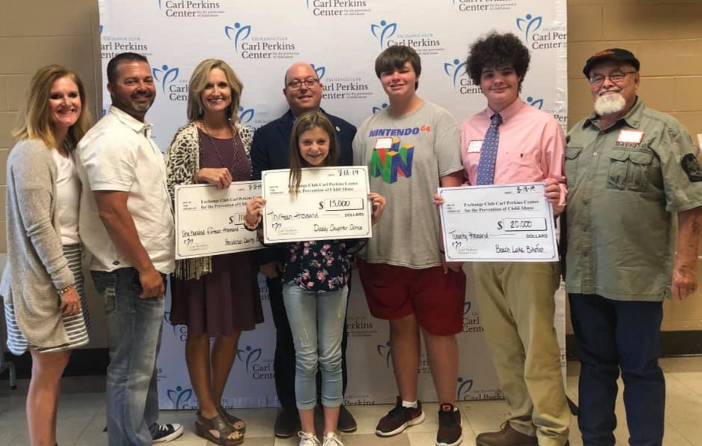 Henderson County had the 5:00 p.m. to 6:00 p.m. spotlight on the Sunday, August 18th, Circle of Hope Telethon in Jackson, Tennessee. Cindy Olive, Whitney Owens and Kay Emerson manned the phones while Colton Flanagan and Bryan Moffitt were part of the on-stage entertainment. The telethon raised about $1,416,105.00 this year, with $148,000.00 coming from pledges from events sponsored by the Carl Perkins Center in Henderson County. The Henderson County Bikefest pledged $20,000.00, the Daddy Daughter Dance pledged $13,000.00, and the Henderson County Gala pledged $115,000.00.

“The Carl Perkins telethon is an annual event that helps provide funds that support our local centers and their mission. The mission of the center is not only to provide support to families in preventing and dealing with child abuse, but also to help parents and…