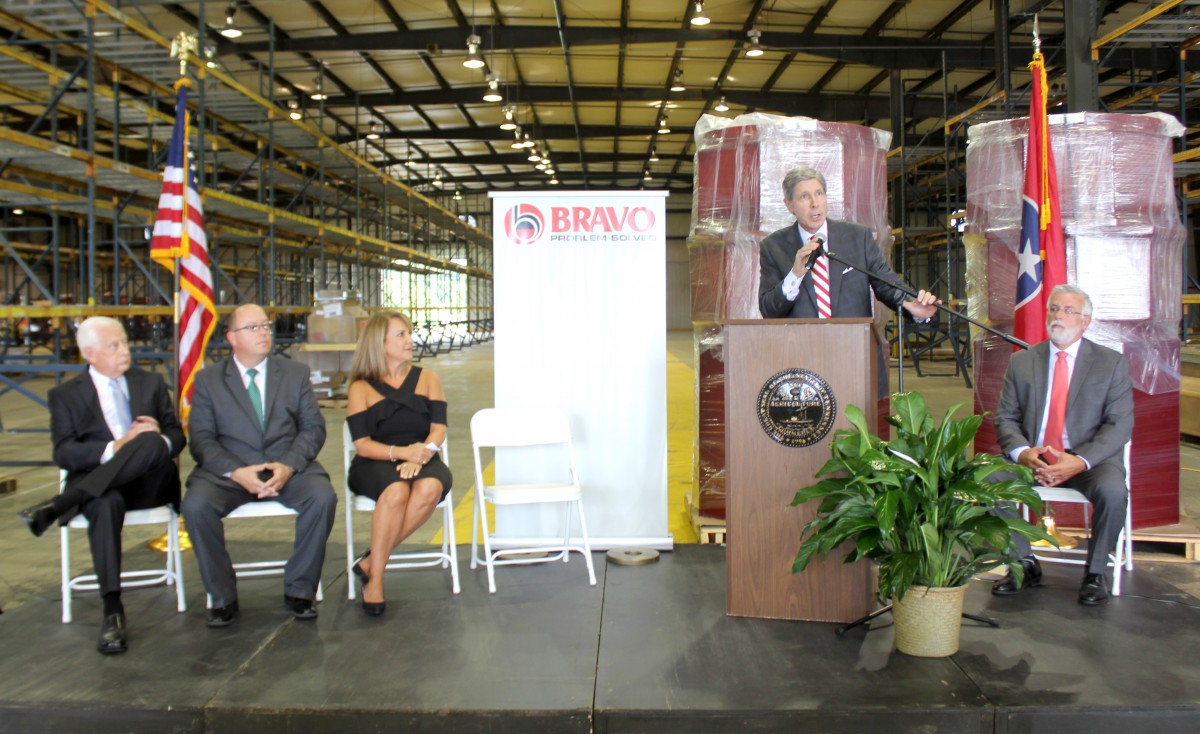 Bravo announced on Monday, July 22, 2019 that the company would locate its East Coast manufacturing operations to Lexington, Tennessee.
Photo By: W. Clay Crook / The Lexington Progress

Department of Economic and Community Development Commissioner Bob Rolfe together with Bravo executives announced today that the company will locate its East Coast manufacturing operations in Lexington. Bravo will invest $2.8 million and create 83 new jobs in Henderson County.

Bravo is known for developing the first-ever, under-dispenser containment sump and shutdown system for gasoline dispensers. This single invention, originally called the ‘Bravo Box’, launched what today has become a billion-dollar industry. Recently, Bravo pursued and passed rigorous testing requirements to achieve the distinctive UL2447 certification, the only company with a complete line of products.

Bravo has purchased an existing building at the Timberlake Industrial Park in Lexington. With this new location, the company will be better equipped to serve markets in the southeastern and eastern U.S. Since 2013, TNECD has supported 17 projects in Henderson County, resulting in the creation of more than 1,000 new jobs and approximately $60 million in capital investment.  “We are so glad that Bravo has chosen Lexington as the location for its manufacturing facility. It is always a major win when a company chooses Tennessee to do business, and it is especially great when a company chooses a rural community like Lexington. I look forward to seeing Bravo create great jobs for the residents of Henderson County, and I look forward to seeing them succeed in Tennessee.” – Gov. Bill Lee

“We are very excited to launch our facility in Lexington, and we appreciate the extraordinarily warm welcome we have received from the great state of Tennessee. It took ten years of searching for Bravo to find the ideal location for us to…

For this and other interesting articles, see the July 24th edition of The Lexington Progress.