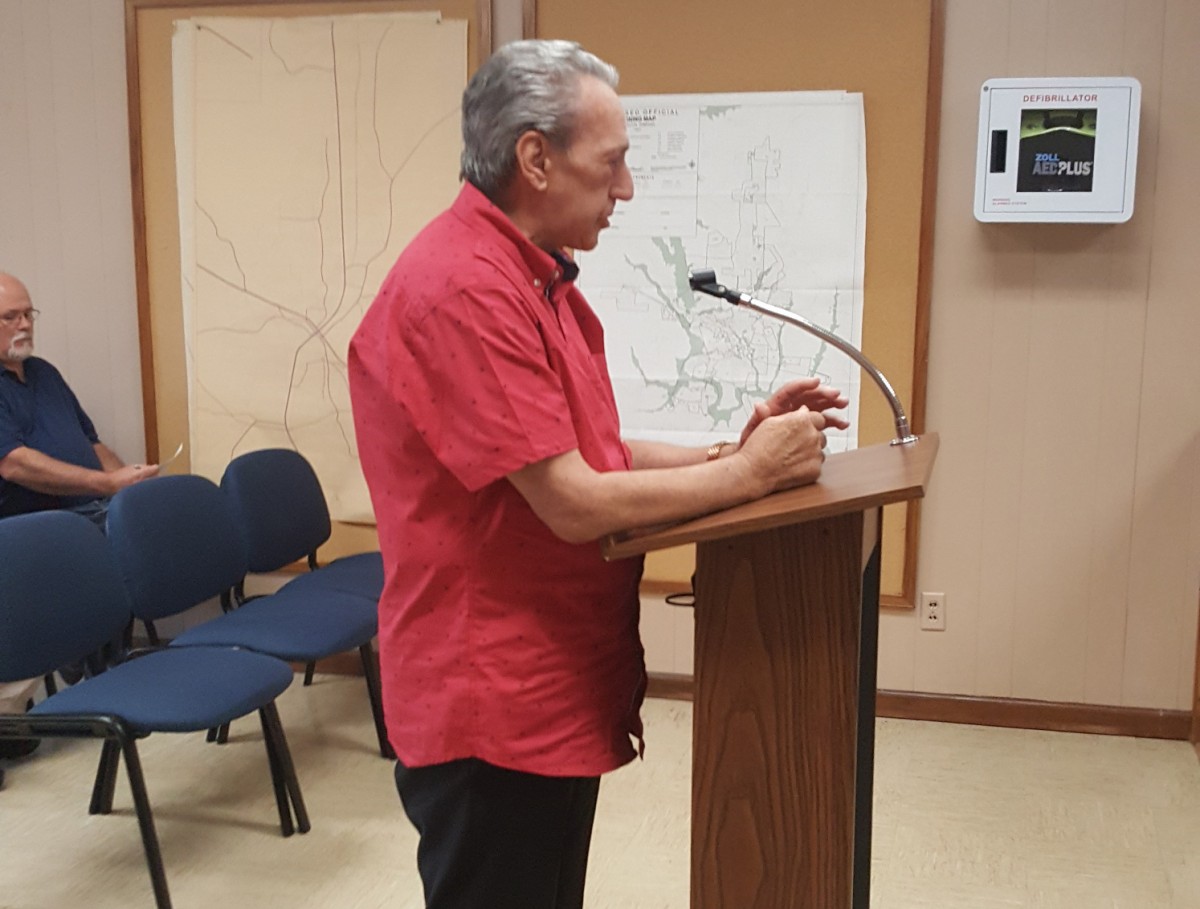 Ray Reeves, of Lexington, address the City Board in regards to the long-term need of a new facility, since the closure of the Civic Center building is now permanent.
Photo By: W. Clay Crook / The Lexington Progress

The Board of Aldermen and Mayor for the City of Lexington met on Tuesday evening, July 2nd, to a nearly full audience. A public hearing was opened on the application of Bhavna K. Patel for a retail liquor license/certificate of compliance for the purchase of Johnnie’s East End Liquor, located at 680 E. Church Street. Lexington Police Chief Roger Loftin said that all the local requirements and checks were in order. There were no objections or concerns from the floor, and the board approved the certificate. The application will now go to the Tennessee Alcohol and Beverage Commission in Nashville for the final approval process.

Mayor Jeff Griggs opened the floor to Steve Chipman and Rachel Webb from the Tennessee Department of Transportation to answer questions on the sidewalk project along North Broad Street. The project will run from Brown Street to Jane Lane, and yards have already been marked with survey stakes.The right of way for that area is from 100 feet to 104 feet from the center line of North Broad Street, and all construction will be contained within the right of way. Some of the markers look very close to some of the houses, but Webb said that many of those involved grading a 2% slope that will make the grass mowable to the actual sidewalk, and that assessors are already in the process of working with property owners. The board passed a measure to ensure future maintenance of the sidewalks.

Mayor Griggs then opened the floor for discussion on the closure of the Civic Center building. Renovation is not financially practical for the building, which was constructed in 1928 for the Lexington City School. Extensive work to correct the issues noted by inspectors from Nashville would create more than 50% of reconstruction, pushing the facility into the modern code guidelines for electrical upgrades, fire prevention and sprinklers. Ray Reeves and Glenn Kirk both came forward to express the need for a long-range strategy for a new facility. Mayor Griggs said that there are…

For the complete story, see the July 10th edition of The Lexington Progress.