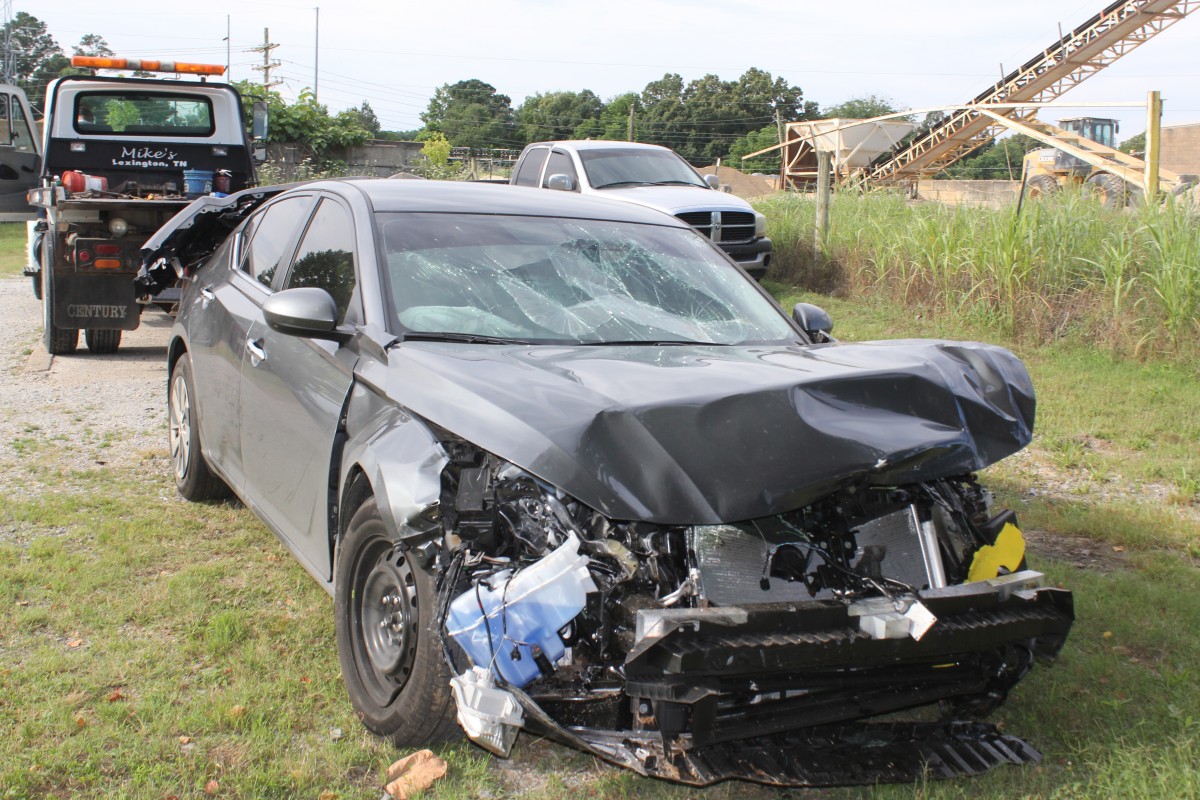 A chase on I-40, initiated by the Drug Task Force on a report of a stolen vehicle led to the crash of the gray Nissan Altima, along North Broad Streert and Hall Street, before 8:00 a.m. on Wednesday, June 12.
photo by W. Clay Crook / The Lexington Progress

A gray Nissan Altima, with McMinn County plates, wrecked along Hall Street and North Broad Street after a chase which originated on Interstate 40. Officer Josh Reed worked the wreck site before 8:00 a.m. on Wednesday, June 12, but said Decatur County had jurisdiction.

Burt Scott Staggs, with Tennessee Valley News, contacted law enforcement in Decatur County who said a multiple agency pursuit was initiated by the drug task force on I-40 from a report of a stolen vehicle.

The vehicle then came through Parsons and went into Henderson County and then into Lexington. The subjects crashed in Lexington, near the intersection of North Broad Street and Hall Street. According to Captain Jeff Middleton, of the Lexington Police Department, all suspects were apprehended and are now in custody.

This is a developing story, continue to check this site for further details.

For other interesting articles, see the June 12th edition of The Lexington Progress.