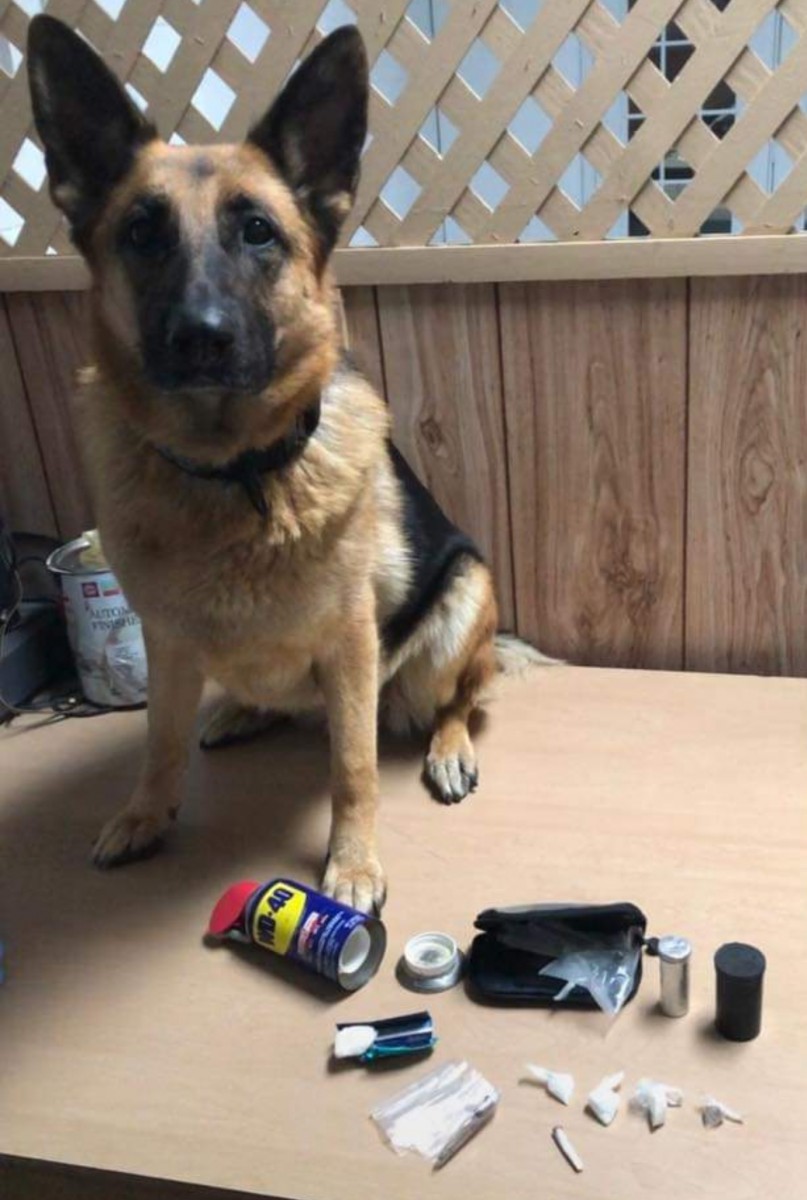 Marquesa, the K-9 Unit in Scotts Hill, helped lead to the arrest of a suspect, where drugs were seized during the traffic stop.
Photo Submitted / The Lexington Progress

During a traffic stop by Officer Jeremy Inman, his suspicion led to the calling of the K-9 Unit, consisting of Officer Adam Scott and Marquesa, to be called to the traffic stop. During that stop the K-9 alerted to suspected drugs in a hidden compartment. Suspected meth and marijuana were sized. From the court documents, Patrolman initially stopped Daniel Zachary Edgin for tags that had been expired since March 2017, and “Edgin also said that he didn’t have financial responsibility on the truck.” “Patrolman Inman did request Scotts Hill K-9 Unit, and Patrolman Adam Scott did run his K-9 around the 2006 Chevy truck.” The documents go on to say that…

For complete coverage, see the June 5th edition of The Lexington Progress.