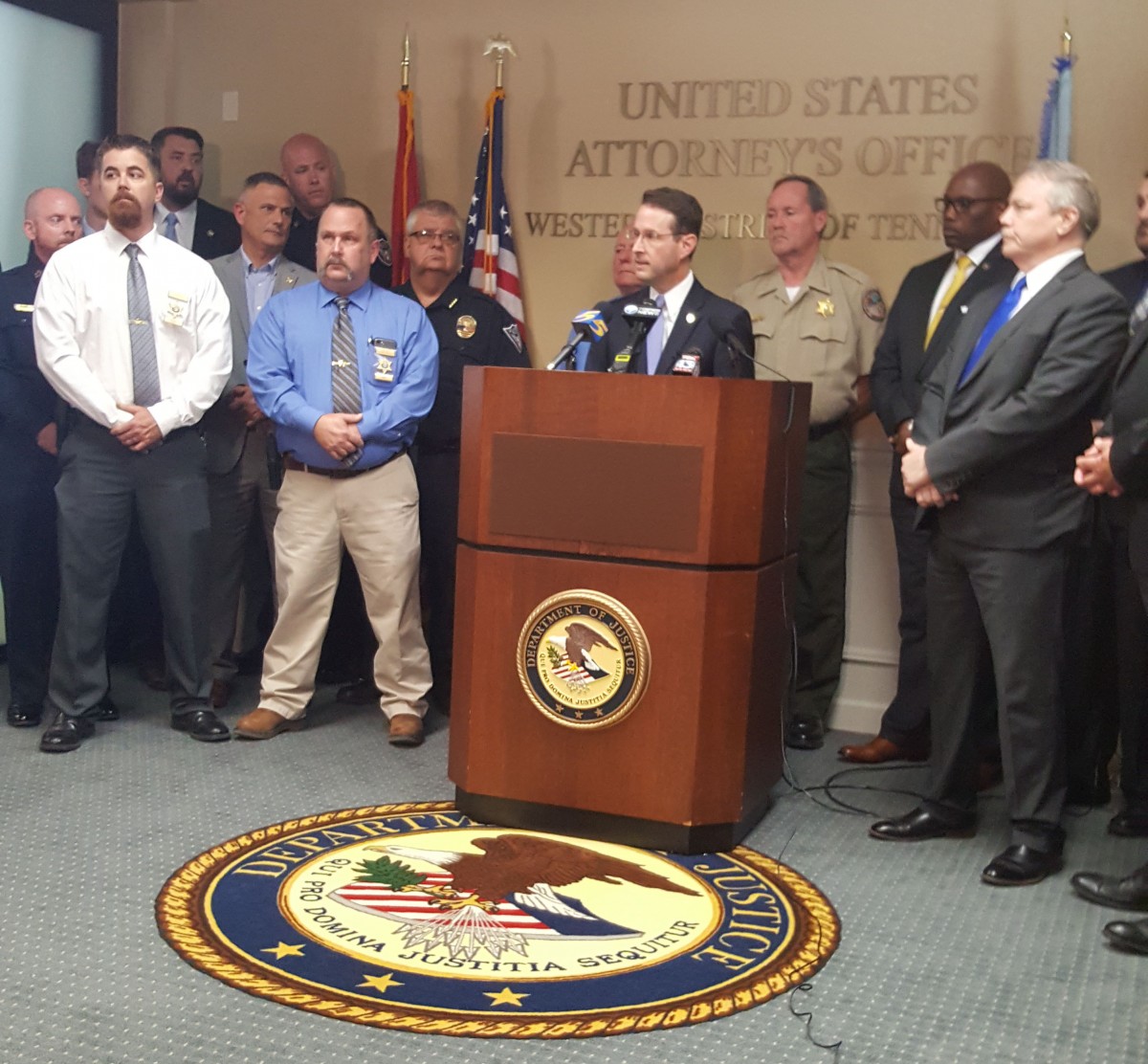 A total of nineteen individuals have been indicted in two separate indictments for conspiracy to distribute Methamphet-amine, Cocaine and Marijuana in the Western District of Tennessee. U.S. Attorney D. Michael Dunavant for the Western District of Tennessee announced the indictments at 2:00 p.m. in a press conference on Monday, April 22nd, at the Ed Jones Federal Building in Jackson, Tennessee.

These indictments follow a year-long investigative operation known as “Two Foot Shackle”, involving agents with the FBI and ATF as well as other state and local law enforcement agencies in this joint operation, and using a variety of investigative techniques, sources, and methods. These defendants are alleged to have participated in a conspiracy to distribute narcotics throughout the Western District of Tennessee.

The four defendants in the first indictment are…