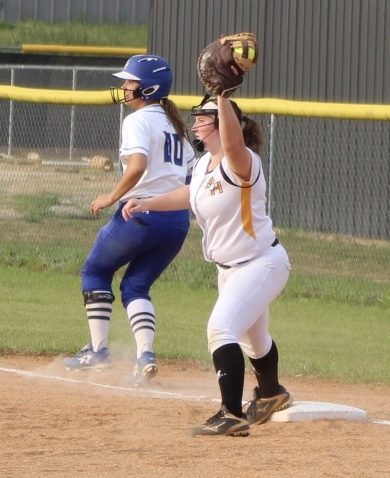 The Lady Lions had a busy week on the diamond, as they played District 14-AA rival Riverside on Monday, a non-district game against Huntingdon and they then competed in the TSCA Tournament in Lexington over the weekend. The week of games for the Lady Lions resulted in a record of 3-3, with tough fought games throughout the week.
On Monday the Lady Lions took the short trip to Decatur County to take on Riverside. Neither team could gain an advantage in the first but the scoreboard lit up for Scotts Hill in the second. Shayla Phillips led off the inning and sent a home run over the center field wall to make it 1-0. Later in the inning, Haley Vaughn came to bat, she battled deep into an 0-2 count before taking a pitch over the wall for a solo home run making the score 2-0. Riverside tied the game in the bottom of the third inning at two. In the fourth inning Scotts Hill regained the lead. Chloe Allen led the inning off with a single. Haley Vaughn’s double would bring Allen home. Selena Williams followed that up with…