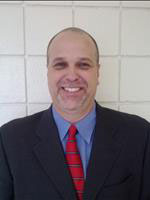 Lexington High School Cross Country Coach Terry Clement was selected to serve as President of the Tennessee Athletic Coaches Association for the next two years, at the group’s Board of Directors meeting this past weekend in Murfreesboro. Clement, who has served on the board for 12 years, began his second term as President this past Saturday. The Tennessee Athletic Coaches Association, commonly known as TACA, is a non-profit organization that was founded by Jim Cartwright in…