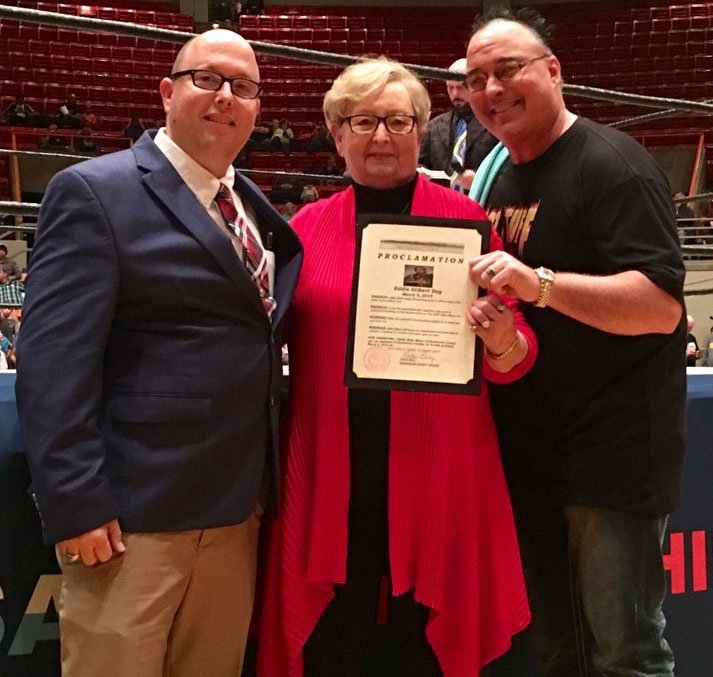 Hot Stuff Eddie Gilbert. The name still evokes emotion in the wrestling world, and there are numerous sites on the internet and on Facebook where fans still post his photograph. He has been gone from Lexington since his death on February 18, 1995, but for those of us who grew up with him, for those of us who followed his career, and who know and see his family here, he has never really been very far away. So, it was fitting that Saturday, March 9th was proclaimed Eddie Gilbert Day in Lexington and Henderson County by City Mayor Jeff Griggs and Henderson County Mayor Eddie Bray at a special wrestling tribute show at the…