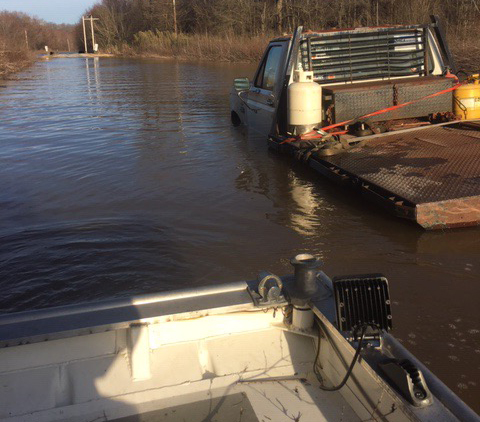 The Henderson County Rescue Squad helped reunite a local citizen and his dog, after being stranded in flood waters this past week.
Photo Submitted / The Lexington Progress

A local man and his four-legged friend were reunited on Tuesday afternoon, February 12th. Shortly before 2:00 p.m., the Henderson County Rescue Squad received a call for assistance of a dog inside of a vehicle which had stalled out in high water. The victim was able to get to dry ground but had to leave his dog behind. The Rescue Squad deployed a boat and was able to safely rescue his four-legged friend.  Water will still be up over some of the roads in the county for the next couple of days, so remember, “turn around, don’t drown!”

For this and other interesting articles, see the February 20th edition of The Lexington Progress.