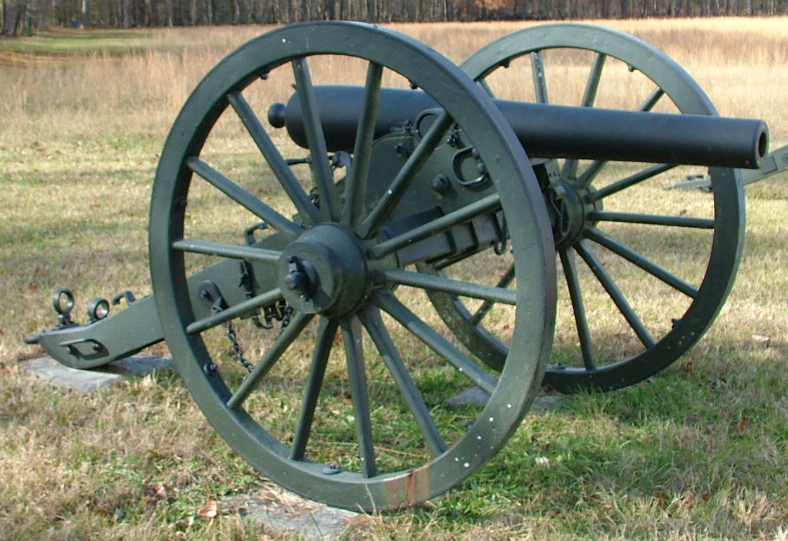 The Singer-Nimick gun #1, marks Bridge’s Illinois Battery at Chickamauga Park, while the gun #5 marks the position of the 11th Indiana Battery.
Photo Submitted / The Lexington Progress

I was invited to speak at Parkers Crossroads on December 31st, which was the actual 156th anniversary of the battle there. Forrest’s “Bull Pups” artillery pieces are famous among historians everywhere. They entered the service with General Forrest as part of Morton’s Battery at their capture in Lexington on December 18th, 1862 and used to great effect at the Battle of Parkers Crossroads on December 31st, 1862. They saw action in every campaign and were instrumental in the Battle of Chickamauga in 1864. But what do we know of them, and what happened to them after the War?

There are many myths and legends concerning their whereabouts. Some say one is located on the capital grounds at Nashville, another that one is on the lawn at Melrose, and others say the battlefield at Chickamauga. That the guns were 3” steel Ordnance Rifle cannons is in general agreement. At less than a 1000 lbs. in weight, and about 70 inches long, a 3” Ordnance Rifle, with a pound of powder, would throw a 9 ½ projectile about…

For complete coverage, see the January 9th edition of The Lexington Progress