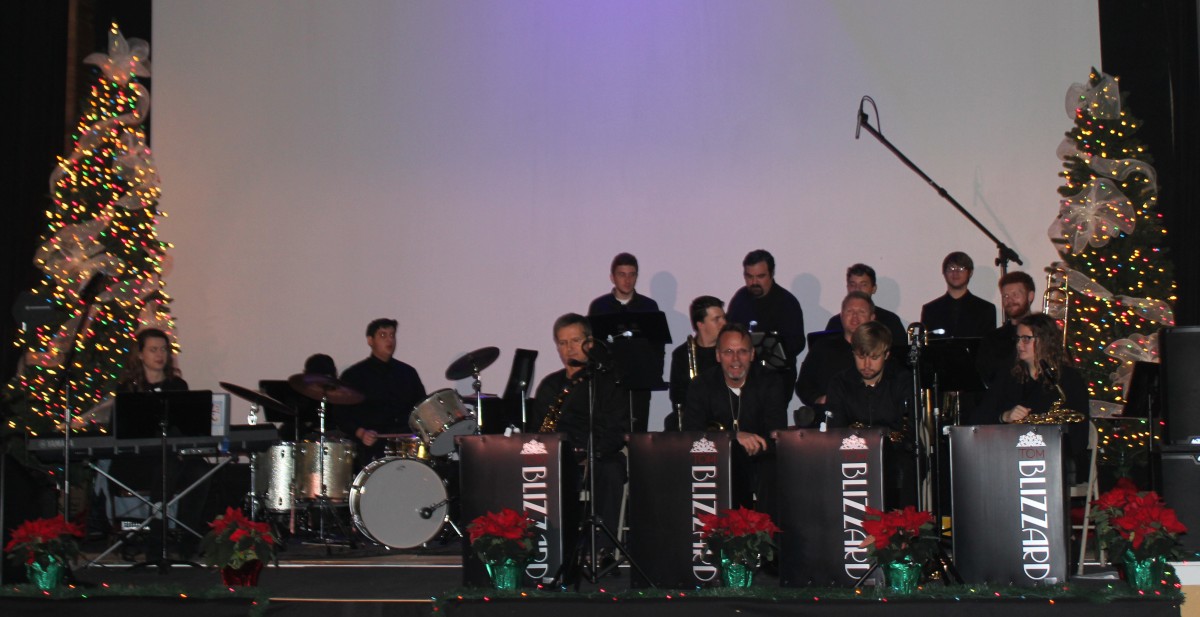 A live big band performance was held at the Princess Theatre on December 20, 2018.
Photo By: W. Clay Crook / The Lexington Progress

It was a sold-out crowd at The Princess Theatre in Lexington Thursday night, December 20th, with a live big band performance by Pococurante, featuring Tom Blizzard. David Watts, owner of The Princess Theatre, expanded the stage area to give some extra room for live events. Watts says that he wants to keep the main emphasis for traditional movie goers but has also had some interest in drawing some live attractions that wouldn’t ordinarily be seen in the Lexington area. “This is the fun stuff,” he said with a…