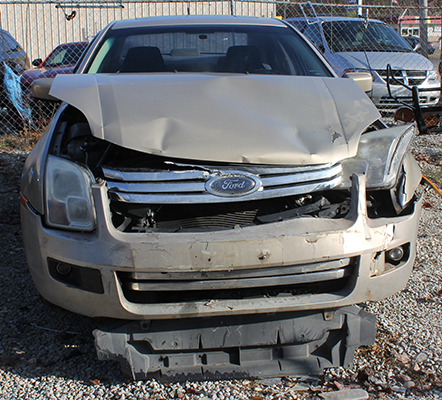 Roy Earl Dyer, age 75 of Sardis, was killed when his vehicle left the road near Austin Chapel and struck a tree.
Photo By: W. Clay Crook / The Lexington Progress

A preliminary report from Lt. Brad Wilbanks of the Tennessee Highway Patrol says that Roy Earl Dyer, age 75 of Sardis, Tennessee, was killed in a one vehicle accident on Monday evening, November 19th. According to the report by Trooper Douglas Williams, the accident occurred at 5:54 p.m. on Austin Chapel Road near Scotts Hill. Dyer, who was driving a tan 2011 four door Toyota Camry, was traveling eastbound, exited the southern edge of…

For complete coverage, see the November 21st edition of The Lexington Progress