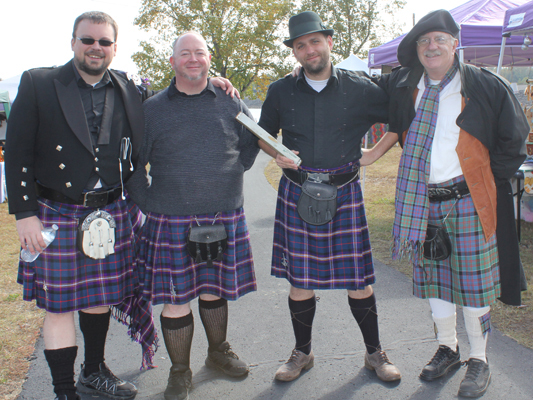 The Society sponsored the Celtic Fest at Beech Lake on Saturday, October 27, 2018.
Picture By: W. Clay Crook / The Lexington Progress

Celtic? It’s the one with the hard “c” that represents your ancestry, whether that be Scottish, Irish, Welsh, Cornish or some others that aren’t so well known. Henderson County was named for a descendant of Scottish King Robert the Bruce. Colonel James Henderson, who died in the skirmishing at the Battle of New Orleans, was a direct descendant of the monarch through his mother, Margaret Bruce, said Sue Bates. She, along with her husband Bobby, were…

For the complete story, see the October 31st edition of The Lexington Progress.