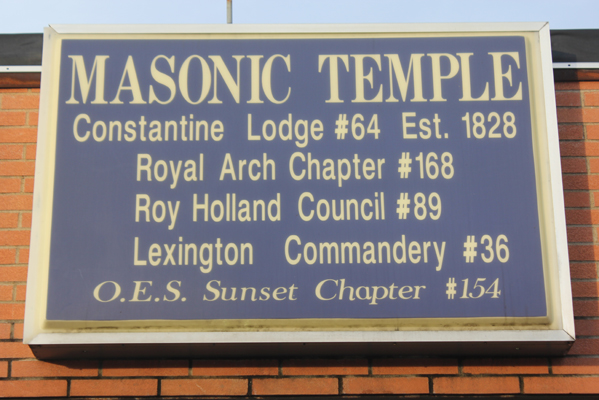 I had both the honor and pleasure of being the guest speaker at the 190th Anniversary celebration of Lexington’s Constantine Masonic Lodge #64, F & AM. There was a meal for members and visiting brethren at 6:00 p.m., October 11th, 190 years to the date of the chartering of the lodge on October 11, 1828. Lexington, itself, was only six years old, sixty-six acres being purchased from Samuel Wilson, who lived where the First United Methodist Church now stands and surveyed by Major John Troxell Harmon in 1822. The roots for Henderson County don’t go much deeper. Next week, on October 19th, the Chickasaw Purchase, negotiated by Andrew Jackson, will celebrate 200 years, with many of our early settlers coming to this area by 1819 -1820. By November 1821, the population was large enough for Henderson County to be created, a large area encompassing a good portion of what would later be Chester County. Lexington was surveyed crossways from…

For the complete story, see the October 17th edition of The Lexington Progress.