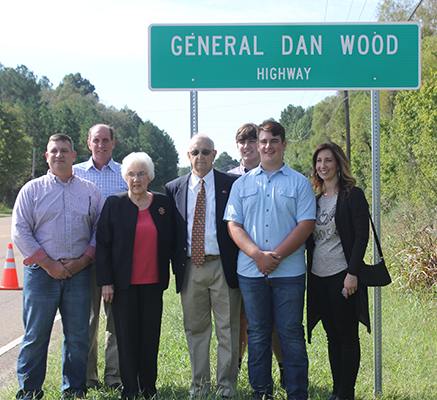 General Dan Wood and his family stand under the newly unveiled Highway 22 South sign named in his honor.
Photo By: W. Clay Crook / The Lexington Progress

There was a very large crowd gathered between Purdy Road and Rush Street on Highway 22 South on Saturday morning, September 29th, at 10 o’clock, for the unveiling of the new “General Dan Wood” TDOT highway sign. State Representative Steve McDaniel hosted the event, with special guest speakers Henderson County Mayor Eddie Bray and Lexington Mayor Jeff Griggs. McDaniel said that he had been approached some time back by MacArthur Lewis about…

For the complete story, see the Oct. 3rd edition of The Lexington Progress.

Traffic Mishaps on I-40 Leads to Congestion in Lexington