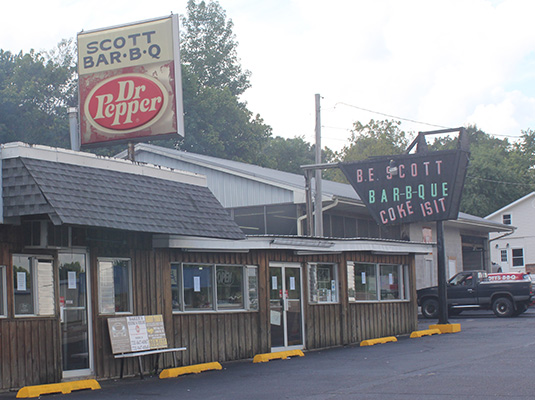 Scott’s-Parker BBQ, of Lexington, TN, was recently ranked #15 in an article, in Southern Living, for the top fifty barbeque places in the South for 2018.
Photo By: W. Clay Crook / The Lexington Progress

A recent article by Robert Moss in Southern Living named the top fifty barbecue places in the South for 2018, ranking Scott’s-Parker BBQ of Lexington as number fifteen.  The article says the list is not to be “confused with Southern Living’s Best in the South, which last appeared in March. That selection is voted on by our readers, and it will be coming out again March 2019. You can think of that list as the readers’ choice and this one as the editor’s picks. Of course, there’s plenty of overlap between the two rankings, for as much as Southerners love to argue about barbecue, the cream tends to rise to the top.”  “Back in the 1960’s, Early Scott traded two school buses for a barbecue shack. His protege Ricky Parker took over the business in 1989, and Ricky’s son Zach carries on the tradition…

For the complete article, see the September 26th edition of The Lexington Progress.