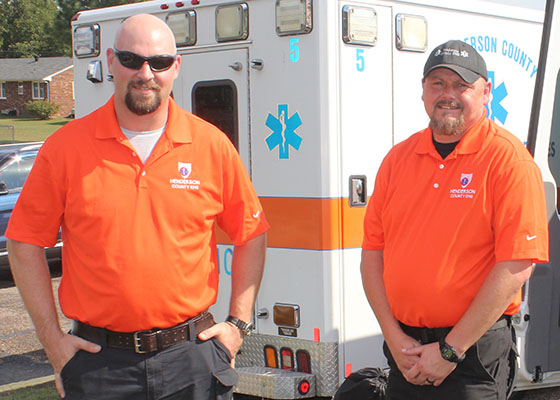 Two local response volunteers with Henderson County EMS, Flint Perkins and Timmy Maness, returned back home on Friday, September 21st around 9:15 a.m. after being deployed last Wednesday to North Carolina. “They were part of the Tennessee Strike Team that assisted in the Hurricane Florence Response,” said Henderson County EMS Director Mike Smith. He and Gary Ross were on hand, along with family members, to…

For other interesting articles, see the September 26th edition of The Lexington Progress.