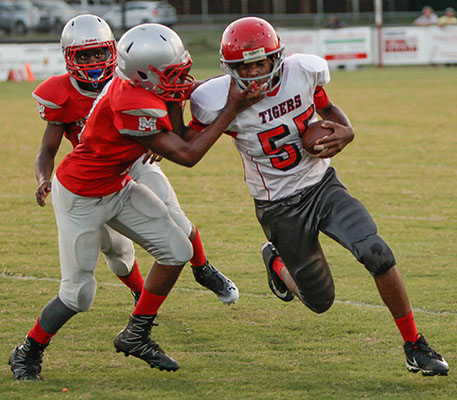 Henderson County North’s Tigers went into last Thursday’s game with a pretty good 4-2 record. The McKenzie Rebels had an even more impressive record of 6-0. The game ended up being a tough battle between two solid ball teams. McKenzie led, 8-6, at halftime, simply because they got their two-point conversion and Henderson County North didn’t. The score was the same midway through the third quarter, until McKenzie reached the end zone for a second time but…