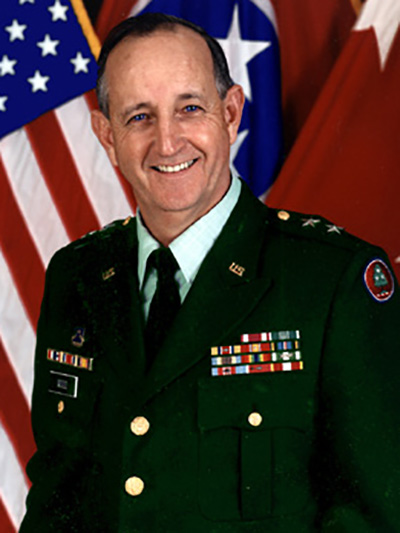 A portion of Highway 22 South, in Henderson County, Tennessee, will be designated as “General Dan Wood Highway”.
Photo Submitted / The Lexington Progress

State Representative Steve McDaniel and State Senator Dolores Gresham have announced that a portion of Highway 22 South will be designated as the “General Dan Wood Highway.” The resolution to name the highway was passed by the Tennessee General Assembly and signed by Governor Haslam earlier this year. This section of highway has been named in honor of General Wood for his exemplary service as a veteran of the United States Army, Tennessee Army National Guard, and Adjutant General of Tennessee. A ceremony to unveil the highway signs will be held on Saturday morning, September 29, at 10:00 a.m. at the Purdy Road intersection of Highway 22 South just past the Beech River Bridge. A reception will be held at approximately 10:30 a.m. at KCs Restaurant located one mile east of Lexington on Hwy. 412 East. Family, friends and the public are invited to attend the reception. Major General Jackie Daniel Wood served as the 73rd Adjutant General of Tennessee. He was appointed to the state’s top military position by Governor Don Sundquist. General Wood was born on October 5, 1940 in Lexington, TN. He graduated from Lexington High School in…

For the complete story, see the September 19th edition of The Lexington Progress.