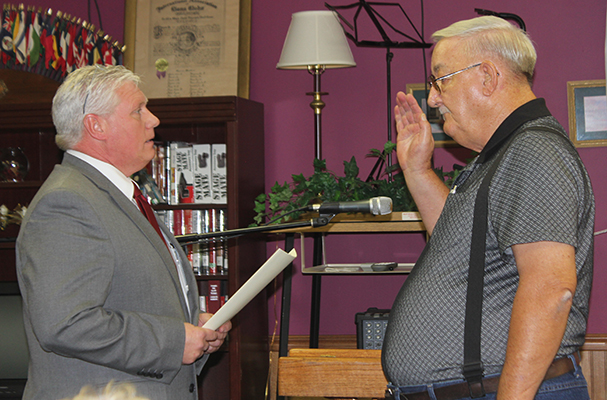 Decatur County Mayor Mike Creasy conducted the honors for swearing in the mayor and aldermen for the town of Scotts Hill at 6:00 p.m., Tuesday, September 4th. The ceremony was held at the Scotts Hill Senior Center. Bill Snider gave the invocation with Kenneth Parrish leading the Pledge of Allegiance. Jessie S. Powers was then sworn in as mayor. The new aldermen for this term are: Mary Connell, Steve Dickson, Kenneth Parrish, Sharlene S. Roach, Betty L. Sims, Billy J. Snider, and Darlene Roach Stout. Before the ceremony dismissed for the reception, former mayor Don Buckingham came up and congratulated Mayor Powers and pledged his support. Mayor Powers expressed to the audience on how honored he was to serve, and appreciation for the fine reception.

For this and other interesting articles, see the September 12th edition of The Lexington Progress.