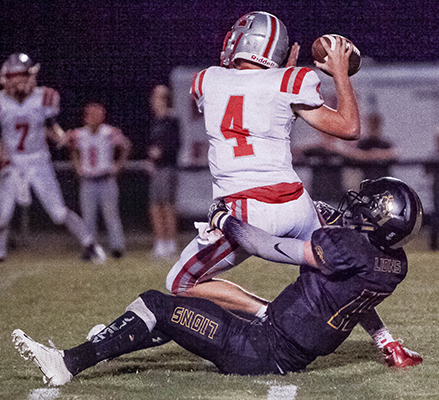 The Lions came into last Friday’s game, against McKenzie, with a 1-2 record. They won their first game the week prior, after losing their first two games. The Lions would go onto to win their second game of the season after having a big first half. Scotts Hill kicked off to start the game. McKenzie drove the ball fairly well against Scotts Hill early. The Rebels converted on several third down and short plays before taking the ball into Scotts Hill territory and…

For complete coverage, see the September 12th edition of The Lexington Progress