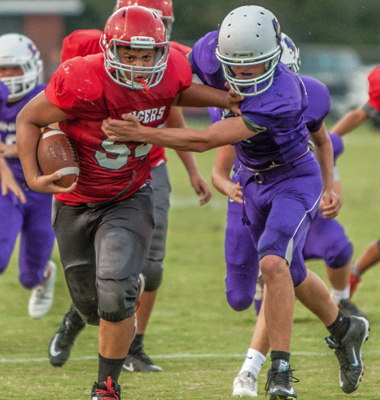 Henderson County North played host to TCA last Thursday, at Tiger Stadium, looking to rebound after a brutal loss in their previous game. Bounce is exactly what they did. Henderson County North received the opening kickoff but stalled deep in TCA territory due to some costly penalties and some missed blocks. As it turned out, that would be the last time the Tigers would misfire on offense. TCA scored on a quick deep pass strike and made it 6-0 before HCN unleashed the beast. Henderson County North drove the length of the field scoring on a touchdown run by…

For the complete story, see the September 5th edition of The Lexington Progress.