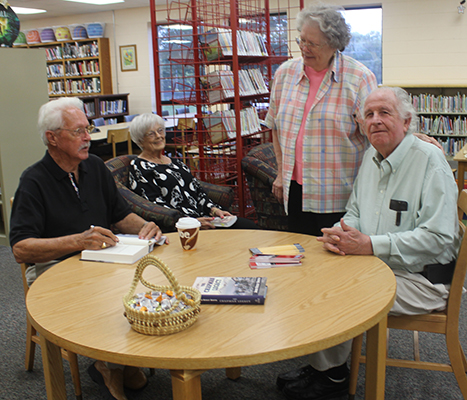 John Neely Davis has been away from Chesterfield for many years, but as I closed my eyes and listened to his voice during a reading of his current novel, I could hear the gentle tones of the good earth and the green pastures of the rolling hills of eastern Henderson County in his voice. He spoke of the characters as if they were living and breathing nearby, and as he read from selected pages, the characters began to live and breathe in my world as well, not just in my imagination, or my mind’s eye, but as if I could reach out and…

For the complete story, see the August 22nd edition of The Lexington Progress.