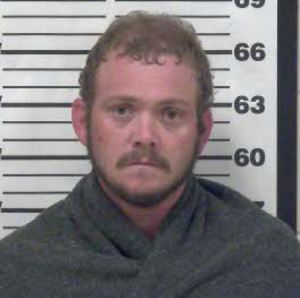 Buddy Ray Small accepted a 35 year plea agreement before Judge Don Allen in the Circuit Court of Henderson County early Wednesday morning. Small had been indicted in connection with the murder, arson, and abuse of a corpse in the case of William Jack “BJ” Ferguson which occurred February 7th of 2017. Small, as it appeared in the court testimony, was out on bond for some previous misdemeanor offenses when the incident occurred.

On the first indictment, the state, represented by Assistant District Attorney General Angela Scott offered to reduce the charge of 1st degree premeditated murder to 2nd degree murder, but at a higher offense range, which increases the minimum and maximum of years to serve.

Haley Fults Johnson, with the Public Defender’s office, was the legal representative for Small, who was escorted from the holding area of the Criminal Justice Center to stand before Judge Allen. The Ferguson family sat three rows behind the state’s desk as the Judge made certain that Small understood all of his legal and constitutional rights, and took a sworn verbal affirmation from Small that he was not under any coercion or under the influence of any intoxicants or medication.

On the first indictment, Small accepted 35 years, to be served at 100%, on second degree murder, six years for arson, and two years for abuse of a corpse, along with $700.00 in fines plus additional court costs. The sentences were agreed to be served concurrently, with credit for time served. Judge Allen made it clear that other than a possible 15 percent that could be earned for good behavior, and credit for time served, that there were no other possible reductions in the sentencing.

The other indictment was for an incident which occurred on September 8, 2016, relating to public intoxication, possession of a firearm while under the influence, simple possession of marijuana, possession of a schedule II substance- meth, and resisting arrest. Small accepted a concurrent sentence of 11 months, 29 days on this indictment, along with fines, which were to be served in a local facility. Judge Allen said that the time served since February 2017 fulfilled that requirement and that Small would be transferred as soon as possible to the Tennessee Department of Corrections to serve the remainder of the 35 years.

Small was asked if he had any final words. Bowing his head, he made apologies to the family. The judge then faced towards the family and asked about the plea agreement. As they nodded their heads, attorney Stephanie Cody, who has been representing the family, stepped forward and said that a long meeting had been held with the family to go over the terms of the plea, and that they could accept the terms of the agreement.

For this and other interesting stories, see the August 8th edition of The Lexington Progress.