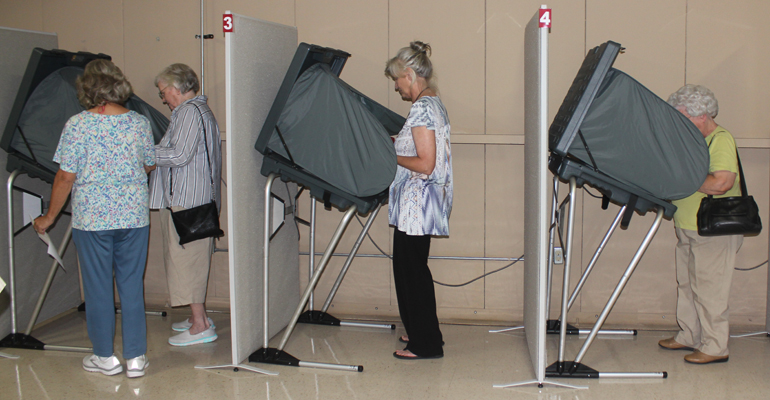 The poll workers have done a great job this year with handling the large turn out of early voters.
Photo By: W. Clay Crook / The Lexington Progress

For this and other interesting stories, see the July 25th edition of The Lexington Progress.

Family Fun at the Annual Cops and Bobbers Event

Melanie Douglas Selected as Rotary Service Above Self Recipient