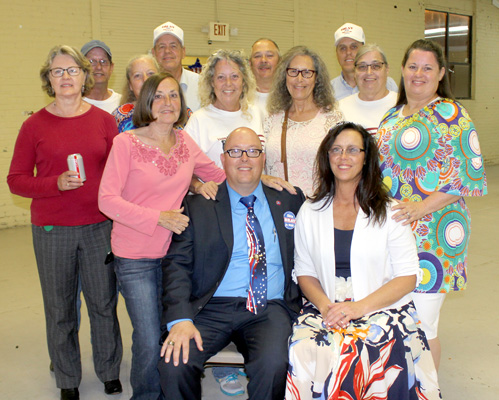 Results from seven precincts were in by 8:00 p.m. on election night, Tuesday, May 1.  By 8:08 p.m., all fifteen precincts had been totaled with Eddie Bray winning the Republican Primary for County Mayor with 1,678 votes. With the large number of candidates running for the office, the race was won with just a little over 33% of the popular vote. Bray was gathered with his wife, parents, aunts and uncles, and a whole host of supporters at the Otto Britt fairgrounds building when the news was announced by Don Enochs with WZLT 99.3 radio.

For full coverage of the election, see the May 9th edition of The Lexington Progress.