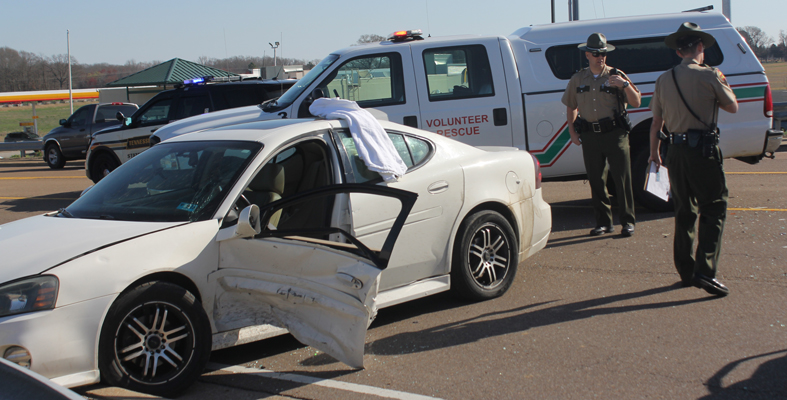 A wreck occurred on Thursday, March 22nd on the overpass bridge at Parkers Crossroads, where one individual was extricated from a vehicle and another individual faces charges.
Photo By: W. Clay Crook / The Lexington Progress

Around 9:20 a.m., on Thursday, March 22nd, The Henderson County Rescue Squad responded to a call on the overpass bridge at Parkers Crossroads, where they extricated one driver from a two-vehicle accident. The wreck blocked the westbound exit from Highway 22 North to Interstate I-40, as well as both of the southbound lanes. The report from Tennessee Highway Patrol Trooper Mark Azbill said that both vehicles were traveling north on Highway 22, when the first vehicle, a 2006 Pontiac Grand Am, attempted to make a U-turn, entering the path of a…

For the complete story, see the March 28th edition of The Lexington Progress.