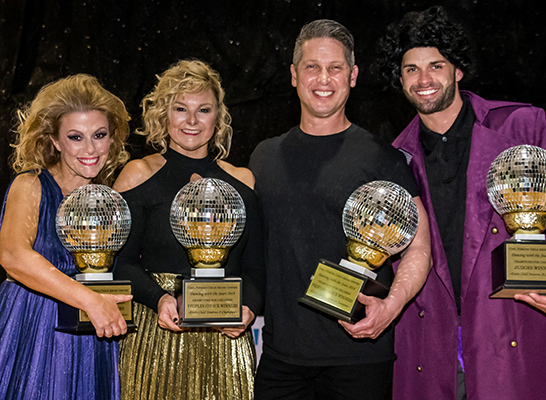 The Henderson County Exchange Club Carl Perkins Center for the Prevention of Child Abuse held the 5th annual Dancing with the Stars Gala Dinner and Auction fund-raiser on Saturday night. Taking home the People’s Choice Award for the evening was Sandy Wilson and Scott Lawler, and the Judge’s Choice going to Kellye Blue Franklin and Blake Franklin. Photo by Jared James / The Lexington Progress

A sold out crowd of about twelve hundred people packed into the Reeves Bros. building for a night of Dancing with the Stars, one of the supporting events for the Henderson County Carl Perkins Center for the Prevention of Child Abuse. Top honors at the end of the night went to Scott Lawler and Sandy Wilson, who were the people’s choice, and to Kellye Blue Franklin and Blake Franklin as the judge’s choice. Judges for the event were Phillip Renfroe, Jeff Lewis, and Debra Fesmire. MC’s were David Small and Brooke Franklin James, and once again the room and stage were…

For the complete story, see the March 14th edition of The Lexington Progress.