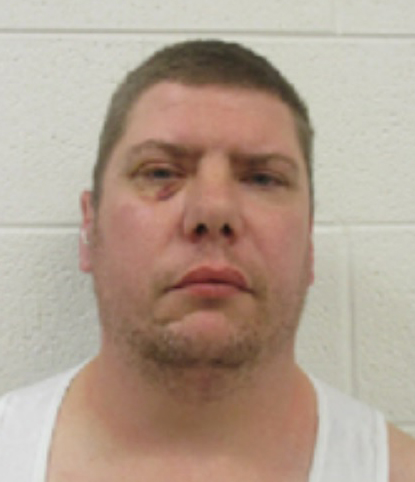 Daniel Toler, age 35, gave an address on Huron Road to authorities during his February 18th arrest near Clifton, in Wayne County.  His current charge is Contraband in a Penal Institution, stemming from the alleged seizure of  ‘explosives and 3 weapons’, including an AR-15 and approximately 1,500 rounds of ammunition,” according to a report received by news correspondent Burt Staggs of WOPC HD News.

The alledged plot concerned Emmanuel Baptist Church, located a few miles away on Luray Road.  Staggs reported that “Henderson County officials notified the Clifton Police Department that Toler worked in Clifton. On Sunday morning Clifton Police Officers were able to locate Toler and searched his vehicle. Clifton Police Officer Timmy Harris was first on the scene he was then joined by Investigator Steve Wilson. According to the warrant information, Toler had an AR-15 rifle, assault shotgun, and a .17 caliber bolt action rifle inside his vehicle. The warrant says that the AR-15 had a round in the chamber, along with multiple extra loaded magazines.”

Both Staggs and a correspondent from WKRN, Channel 2, in Nashville, visited with The Lexington Progress to see the area.

An interview with Captain Tracey Grisham of the Henderson County Sheriff’s Department said the report had been received and turned over to the Tennessee Bureau of Investigation.  The TBI responded to the inquiry by The Lexington Progress saying, “The TBI is assisting the Clifton TN Police Department in regards to these allegations. Clifton PD arrested the subject of these allegations on other charges and the TBI is assisting in regards to any potential threats affecting public safety.

It is not known at this time if other charges, relating directly to the alledged church plot, will be filed.

For this and other interesting stories, see the February 28th edition of The Lexington Progress.