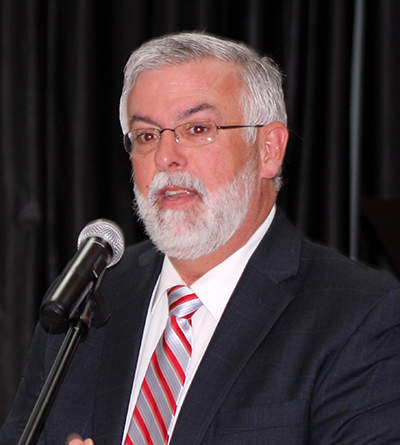 Lexington Mayor, Jeff Griggs, speaks to the Lexington Rotary Club and guests during the state of the city address.
Photo By: W. Clay Crook / The Lexington Progress

On Tuesday, February 6th, Lexington Rotary President Todd Rosel introduced Mayor Jeff Griggs for the annual state of the city address. The meeting was hosted in the fellowship hall of First Baptist Church Lexington, with catering from Stewart’s Coffee Corner. Several city officials and department heads also attended to hear the address. Mayor Griggs thanked the members and guests present, saying that it was his 128th day on the job in the city he has called home. He said that the effort in Lexington has been a team effort with the city employees. “No one person can turn this city around, not saying we need to be turned around, because we have a great city, but it takes more than one person to move forward.” He introduced each of the city alderman, and then…

For the complete story, see the February 7th edition of The Lexington Progress.