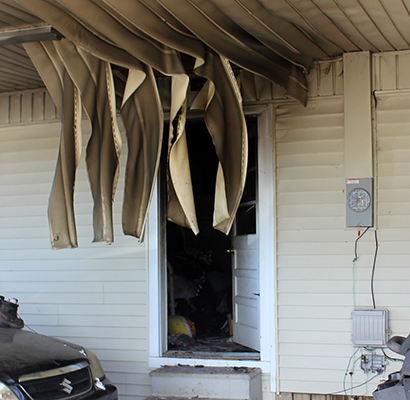 The inside of the Sable home suffered extensive devastation from a blaze Sunday.
Photo By: W. Clay Crook / The Lexington Progress

Henderson County’s first recorded fire related injury for 2018 occurred on Sunday, February 4th. Station’s 6 , 7, and 9 were dispatched Sunday night to a reported house fire in the 8000 block Highway 22 South. The first firefighter arrived to report heavy smoke coming from the house with all occupants making it outside. Firefighters made entry extinguishing the fire that had already broken through the backside of the house. EMS was called to the scene to treat and transport one occupant that received second and third degree burns in an attempt to extinguish the fire.
It was determined the fire started at the cook stove which…

For the complete story, see the February 7th edition of The Lexington Progress.