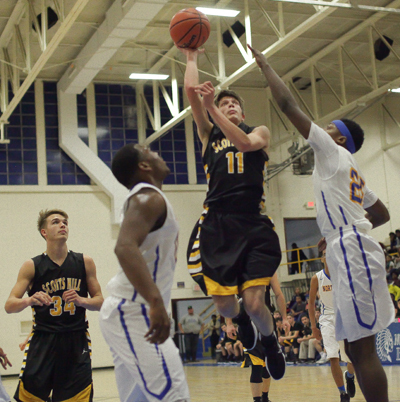 The Lions found themselves trying to finish 2017 strong when they played two non-district games to end the year. The first game was a strong offensive output by the Lions. The second was a hard fought game on both sides of the ball. The Lions opened the week with a game against Clifton. The Lions were going back and forth with Clifton early on, but they were able to gain a slim two-point lead after the first quarter, 16-14. In the second quarter, it was much of the same from both teams; trading points back and forth and no one team gaining a decisive advantage. The Lions were, however, able to…

For complete coverage, see the January 3rd edition of The Lexington Progress