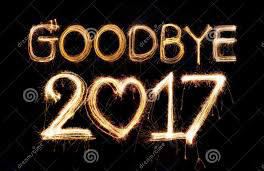 As the year comes to an end, we would like to look back on some of the top headlines from 2017.
File Photo / The Lexington Progress

2017 began with the 175th anniversary celebration of the First Baptist Church in Lexington,  and Assistant Chief Barry Roberts received 2016 Officer of the Year. By the 11th of January Henderson County had its first actual snow, and Mayor David Jowers announced at the State of the City address that he would not be seeking a new term. A tragedy occurred near the end of January with an officer involved shooting in Reagan, that led to the death of Darrion Barnhill. After a 6 months long investigation the Henderson County grand jury brought no indictments against the officers.

The Elite College of Cosmetology celebrated 20 years of business in the city of Lexington with an all-day event, and McKenzie Clark returned from an FFA sponsored trip from South Africa. The Carl Perkins Center for the Prevention of Child Abuse had another great year of fundraising with the Daddy-Daughter Dance,  Beech Lake Bike Fest, and Dancing with the Stars. Buddy Ray Small was arrested in the arson and death of William “BJ” Ferguson. Trial preparations continued for  Zachary Adams, one of the one of the three defendants in the kidnapping rape and murder of Holly Bobo. West Tennessee Dive Recovery and Rescue was utilized by the TBI and found the handgun believed to be used in the case around Memorial Day. In September, Adams was found guilty of all charges.

The City of Lexington reviewed, and revised, water and sewer rates and construction began on a new Gas and Water Department operations center. There were also prayer vigils and fundraisers for Warner Wood, but celebrations by year’s end for remission, and a surprise Make A Wish trip to Disney.  March saw news of expansion for MIG Fabricating, and although the year later brought news of layoffs at Leroy Somer, efforts by the city and state led to grants that saved…

For the complete story, see the December 27th edition of The Lexington Progress.