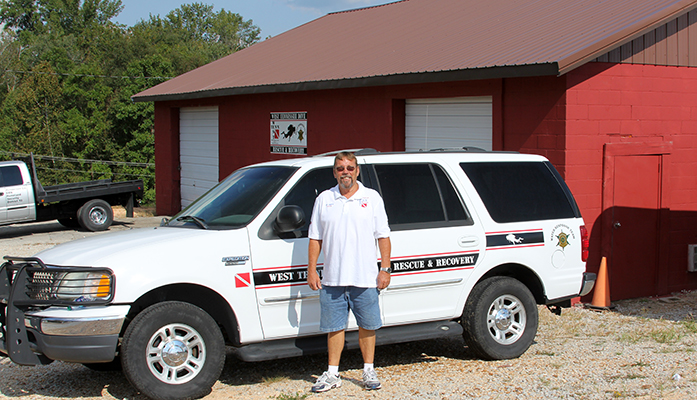 A .32 caliber Arminius revolver made several appearances during the recent Holly Bobo case against Zachary Adams.  The weapon, found on Memorial Day, was the subject of fierce debate in the months prior to the trial, was examined, inspected, and even brought back to working capability by technicians.  “It was the smoking gun,” Captain J.D. Dunkle, of West Tennessee Dive, said shortly after the guilty verdict.  It was the piece of evidence that seemed to make the case jump and quicken towards its conclusion.

Jennifer Nichols, lead prosecutor in the Holly Bobo trial against Zachary Adams, said “The volunteers at Tennessee Dive and Rescue are well equipped, well trained and professional. Their recent assistance to TBI and to the prosecution team was invaluable. After hours of searching one day, last May, they recovered a critical piece of evidence which was admitted in the recent trial.”

J.D. Dunkle is captain of the West Tennessee Dive Rescue and Recovery, and four of his response team were utilized in the search for a vital clue in the case provided by one of the witnesses, a gun that was claimed to have been the weapon used in the final slaying of Holly Bobo.     “At the time we didn’t have any idea of what the…

For the complete story, see the September 26th edition of The Lexington Progress.