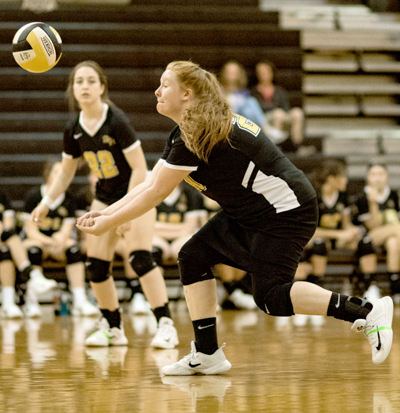 The Lady Lions traveled to Hardin County for a tri-match between the Lady Tigers and Tishomingo County from Mississippi. The first game was against Tishomingo County. The sets were all close and this was a back and forth hard fought match, but in the first set the Lady Lions were able to get a late rally and win 25-23. In the second set, it was, again, a back and forth game. Tishomingo and Scotts Hill had to play an extra serve, but it was Tishomingo with the second set win over Scotts Hill. In the third set, Scotts Hill came out and attacked and were relentless. They battled their way through the entire set. The Lady Lions won 25-23, and picked up another win on the season. Britney Shannon was in the zone as she had five aces, and the team had 12. Shannon also had seven assists. Brenna Gibson had two blocks and five kills and Presley Walker had three digs, and the whole team had nine.
The next match was against Hardin County. The Lady Lions could find…

For complete story, see the September 30th edition of The Lexington Progress.