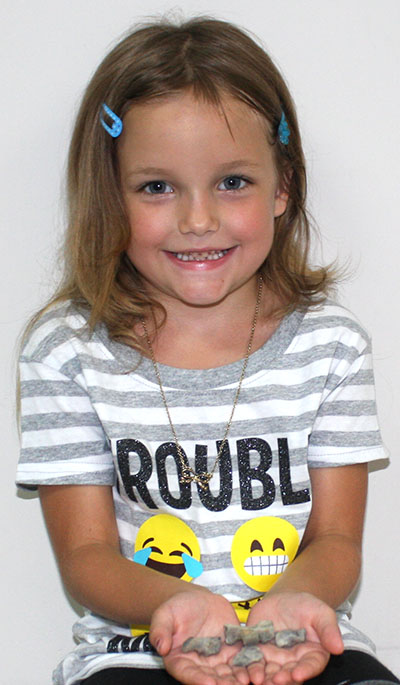 Gwynneth Welch, the daughter of Dana Millinder and Joshua Welch, displays the fossilized remains of the first juvenile dinosaur found in the state of Tennessee.
Photo by W. Clay Crook / The Lexington Progress.

She is small, and that day very shy, but her smile illuminated the room like a fresh summer’s morning.  In the hands of Gwynneth Welch were the fossilized vertebrae of the first baby dinosaur that has been found in the state of Tennessee.   Gwynneth is six years old, the daughter of Dana Millinder and Joshua Welch, all from Henderson County.  She has been enjoying her summers as a junior paleontologist with her father, Joshua, who resides in Sardis.  According to State Geologist, Ronald Zurawski, the Welch team have more than doubled the amount of dinosaur bones found in Tennessee, being the first to recover jet, a semi-precious gemstone, and the largest…

For the complete story, see the July 19th edition of The Lexington Progress.